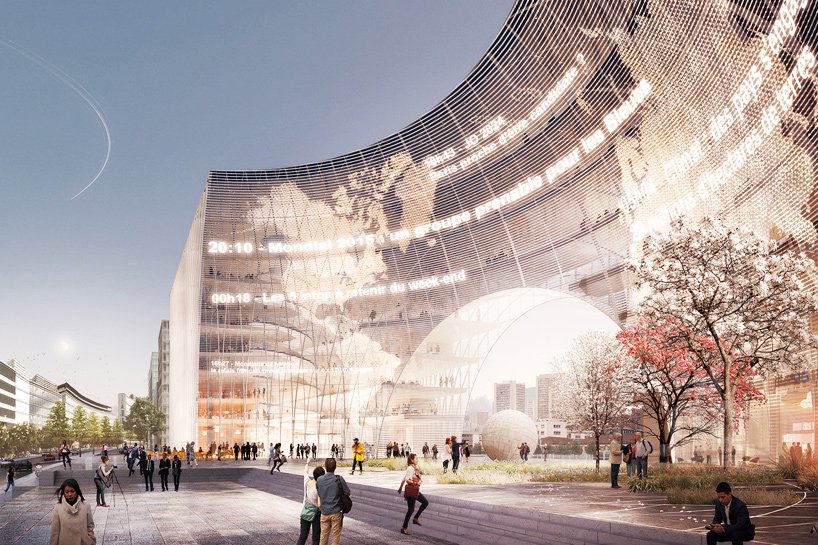 This year, the office project of Le Monde headquarters in the Paris Rive Gauche district of Paris will be put into use. According to international publications with an architectural profile, a design is considered bold, which has found the most efficient solution for the given location and integration into the urban landscape.

In the form of a stylized bridge, representing the flow of information between the publication and readers, according to the Norwegian architecture firm Snøhetta, which won an international tender to carry out the project. The construction will bring together all company employees now in three other leased premises.

The owner of the project is the company that owns the publication Le Monde, one of the most read in the world and founded in 1944.

A pharaonic project? Not really. The calculation of the shareholders and leaders of the Le Monde group is not so far from that of a tenant who aspires to become a landlord. Instead of watching the company paying rent each year in Paris for the three buildings where its teams currently are, they preferred that these amounts allow them to purchase real estate in a district of Paris, as mentioned in an editorial of the French publication announcing the project.

The building will have 20,000 square meters and a plaza area (with a cafe, street furniture, and green spaces), located under the attic (i.e., under the part that connects the two buildings), limited in height due to urban restrictions.

The land consists, in fact, of three lots located above the railways, one of which (the central lot) has no building rights. Therefore, a metal structure was used, comparable to a bridge on which metal and concrete floors are suspended.

The exterior of the building will be covered with a pixelated glass matrix with different degrees of transparency.

The Paris Rive Gauche area, where this project is being built, is also in full transformation, a new public library has recently been put into use here. 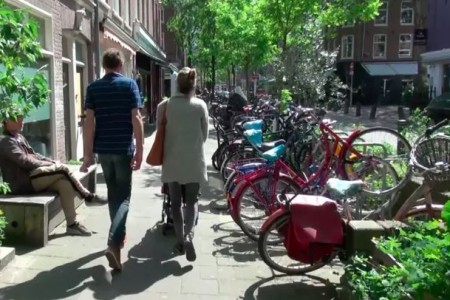 
Amsterdam City Hall wants to reduce 11,200 car parking spaces by 2025 by reducing the number of accredited parking permits. In this city, only 22% of residents use their car to go to the office every day, most of them using bicycles. As a result, there is always a need for new bicycle parking spaces […] 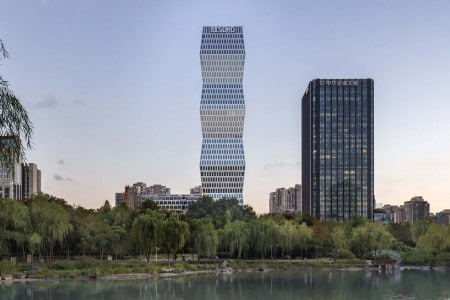 An Office Skyscraper in China Looks Like a Sculpture of Brancusi


KPF, a prestigious architecture firm from New York, created an office project inspired by the Infinity Column, by the famous Romanian sculptor Constantin Brâncuși. Soho Gubei, as the building is called, has 38 floors of Class A office space and 12 floors of retail space in the base area. In total, the building has an area […] 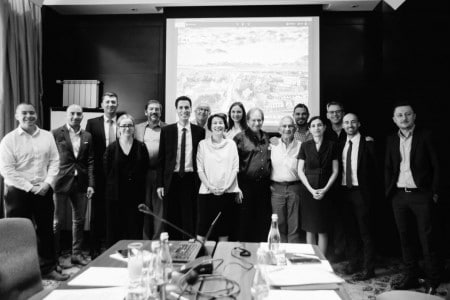 
Romania, the host of the CORFAC International Summer Event 2018, has a real estate market with many opportunities, both in the office (with a stock of approx. 3 million sqm) and industrial segment (approx. 1.8 million at the end of 2017). “The real estate market in Bucharest crosses a period of effervescence in the investment segment, […]