Rental Prices in Bucharest in 2012 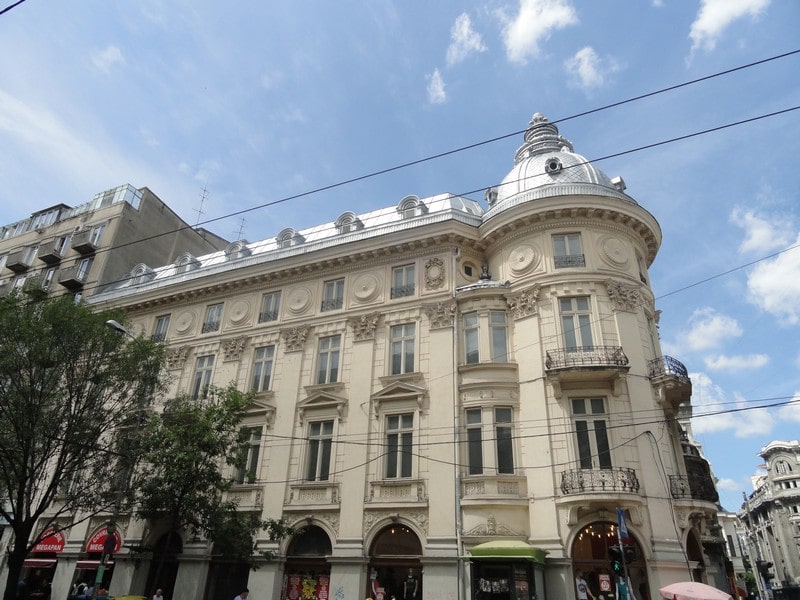 I. DIVISION OF THE OFFER BY AREAS

II. STOCK OF FREE SPACES IN OFFICE BUILDINGS ON BUDGETS

I. DIVISION OF THE OFFICE OFFER BY AREAS

In the case of OFFICE BUILDINGS, compared to the beginning of last year, there is a slight reduction in the CENTRAL-NORTH area and the NORTH area.

“In 2012 and the first two months of 2013, rents generally remained at a level similar to 2011, with slight adjustments of 5-10% in a small number of projects or areas. In the North Pipera area, for example, due to the large stock of spaces available for rent, the flexibility of the owners to negotiate the financial conditions was greater,” says Alexandru Petrescu, manager of ESOP Consulting / CORFAC International.

In the case of OFFICE BUILDINGS, the difference in rent between category A and category C spaces, located in the same area, can be up to 70%. 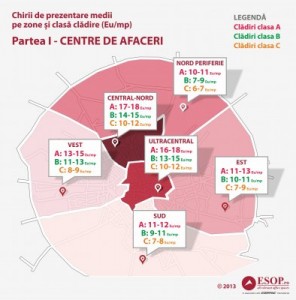 Dividing of spaces for rent for offices in villas by areas

And in the case of villas, in the first place is also equal Center-North and Ultracentral, the rent margin being between 11 and 13 euro/sqm/month. Compared to last year, there was a very slight decrease in rents in the ultra-central area (by 3%).

And on the segment of villas, the cheapest office spaces are found in the North-periphery area, with a market minimum of 6 euro/sqm/month. 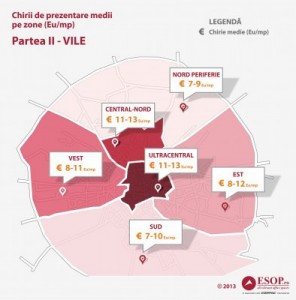 II. STOCK OF FREE SPACES IN OFFICE BUILDINGS ON BUDGETS

At the beginning of 2013, there is an increase in the volume of spaces with a rent level below 11 euro/sqm/month, both in the segment of business centers and villas.

This increase in the weights of budgets under 11 euro/sqm/month and of those between 11.1 and 15.1 euro/sqm/month made that in the second half of 2012 and in the first two months of 2013 medium-sized companies analyzed by ESOP Consulting to consider office buildings primarily, to the detriment of villas. This trend is a reversal of the situation in 2011 when the share of medium-sized customers analyzed by ESOP who preferred villas was higher.

“Business centers with available spaces in Bucharest are becoming more and more competitive, and this tipped the scales in 2012 in their favor. Thus, over 75% of the medium-sized companies analyzed by ESOP chose to move to business centers in 2012. Only 25% chose villas, medium-sized companies managing to find a common denominator easier in 2012 than in 2011 between budgets and the rents requested by the business center owners,” says Alexandru Petrescu, manager of ESOP Consulting.

Demand with budgets below 11 Eu / month was the one that gave the market trend. The number of clients with budgets below 11 euro/sqm/month also increased in 2012 (even if not as fast as in previous years), taking a percentage from each of the other two segments (according to the chart below).

III. DIVISION OF CAPITAL BY AREAS WHERE THERE ARE PROPERTIES FOR RENT