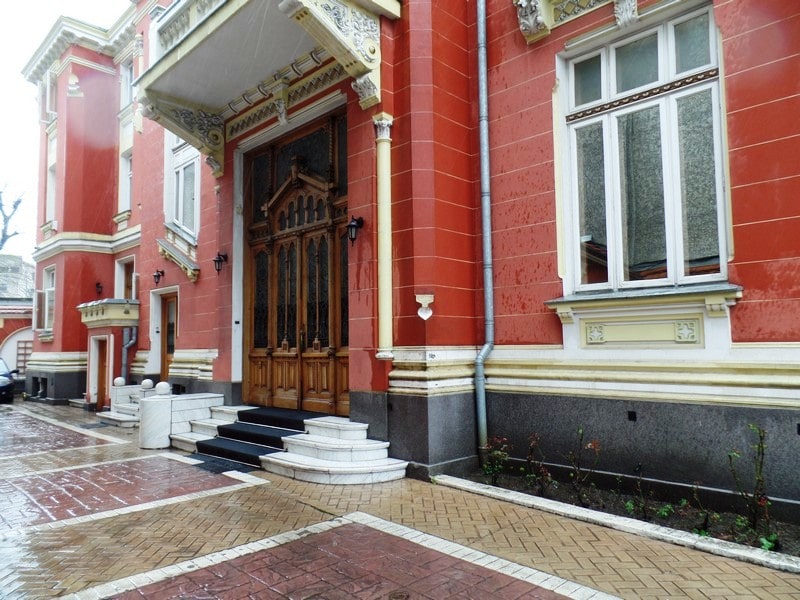 In the first three months of 2013, the demand for office space for medium-sized companies resumed. Thus, ESOP Consulting, the leader in the segment of office rentals to medium-sized companies, evaluated in Q1 of 2013 a demand totaling 168,667 sqm, which is 30% more than in the first quarter of 2012 and 35% compared to the average of the quarters in 2012.

This increase in demand was also felt in the volume of transactions concluded by ESOP Consulting, which increased by 28% compared to the same period last year.

“Although the market is still difficult, in the last four years our company has managed to register year by year increases in the volume of transactions, by over 25% compared to the previous year. We estimate that this year we will have similar growth. We appreciate that in 2013 we will trade over 40,000 sq m on the office space market “, says Alexandru Petrescu, Managing Partner at ESOP Consulting.

The second consecutive year of demand growth in the first quarter 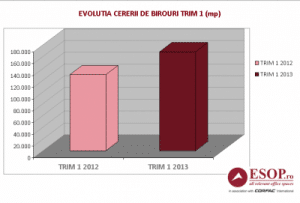 Regarding the division of demand for budgets, the office space market structure has not changed much since the beginning of last year. If in the first quarter of 2012, the requests with budgets up to 11 euro/sqm/month represented a percentage of 50%, now their share has increased slightly, to 56% of the total requests for offices.

“There is still a market in which the price is the one that dictates to a large extent, and its share in decision making is high, but we have noticed in recent months an increase in the importance that customers give to image, space quality and expansion possibilities in the future in the same building, which makes us consider that the confidence of company managers is starting to grow in terms of the evolution of the economy, “says Alexandru Petrescu, Managing Partner at ESOP Consulting.

The demand segment with budgets between 11 and 15 euro/sqm/month remained at the same level as last year (15%).

A notable change was felt in terms of requests without specified budgets, the share of undecided decreased, so if last year they accounted for 33% of the total, in Q1 2013 accounted for 26% of the total, which means that business plans are more well outlined for some of the companies earlier this year. 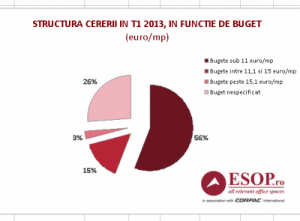 A good start of the year for ESOP Consulting 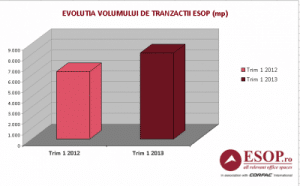 “In the last three years, companies have gone through a difficult period and are still cautious. Besides, solutions for particularly attractive spaces have appeared in the market. These include projects financed from European funds, which offer preferential rents below the average market price, such as business support and development centers in West Gate and Syria BC, promoted exclusively through ESOP, which offers space for companies of medium size,” states Alexandru Petrescu, Managing Partner of ESOP Consulting.