In a year, in the office space market, it is estimated that developers will deliver over 290,000 sqm, according to an estimate made by ESOP Consulting. Even if now some of these office buildings are only in the project or foundation phase and are scheduled to be ready in 2020, pre-lease contracts have already been signed for the reservation of their spaces, among them Campus 6 building 2, which will be occupied entirely by Microsoft and The Bridge III.

The City Rose Park project estimates that it will deliver the first class A spaces in the last quarter of 2020, with an area of ​​17,000 square meters. City Rose 1 is located at the intersection of Expoziției Boulevard with Clăbucet Street, a 7-minute walk from Jiului Metro Station, and a 5-minute walk from a future metro station provided for the bus to Otopeni.

The first City Rose building will be LEED Gold certified, with low energy consumption, optimal natural light and facilities for spending time with employees and outdoors, in a natural setting, will have charging stations for electric cars and a multifunctional center, which will include cafes and restaurants and its own conference hub.

Another stage of a large project under development will be put into use in the Grozăvești-Orhideea area, in the Center-West business pole, where The Bridge III will deliver a 10-story building with a total area of ​​20,191 sqm, for which discussions are held with several potential tenants. The project is located right next to Grozăvești metro station, near Regia, the largest student campus in Romania and a 10-minute walk from the Polytechnic University of Bucharest. The second stage of the project will be ready next year, The Bridge 2, with 20,191 sqm. Still, it is pre-leased almost entirely, among the large tenants who will move here are also UPC employees.

The complex has many facilities, being LEED Gold certified, with optimal natural lighting, low energy consumption and control of light, air conditioning and heating for each workspace, and a bicycle parking.

Another large-scale project announced for 2020 is Globalworth Square, with a total area of ​​Class A spaces of 29,000 sqm, located on Barbu Văcărescu Boulevard, in the center-north office pole.

In the third quarter of 2020, the commissioning of two new stages of the Campus 6 project, located near the Polytechnic University of Bucharest and the Politehnica metro station, is foreseen. The first building on Campus 6 was delivered this year. The project is a real success, with very few Class A office spaces available for pre-rental in stages 2 and 3, which will be ready in 2020.

Among the future tenants is Microsoft, which will occupy the entire building 2 of Campus 6, with a total leasable area of ​​19,800 square meters.

Upon completion, the entire Campus 6 project will have a total area of ​​82,000 square meters, in three buildings located around an open-air amphitheater, provided with relaxation areas, equipped with street furniture and Wi-Fi. 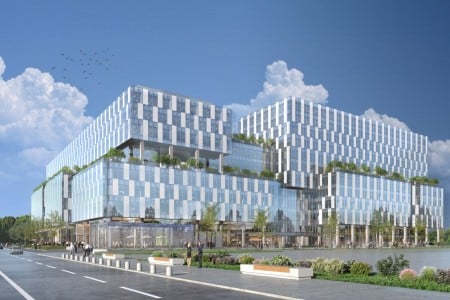 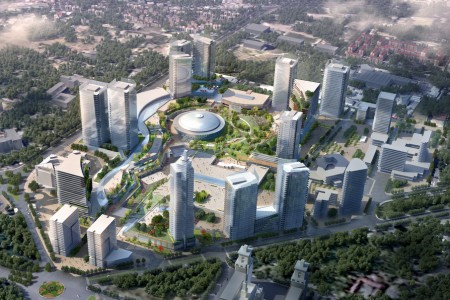