UNATC acquires with European Funds a Headquarters through ESOP 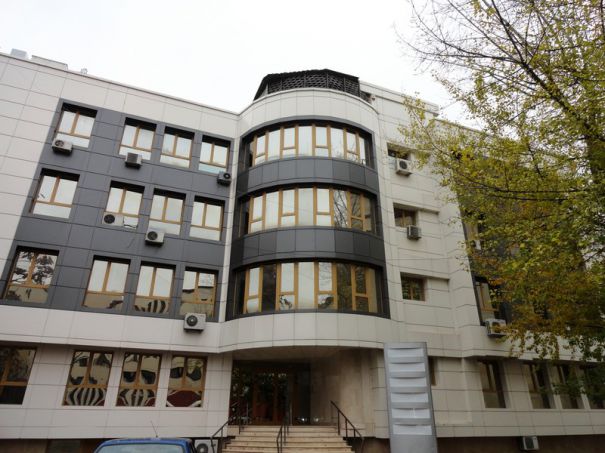 The office building purchased by the National University of Theater and Cinematography IL Caragiale (UNATC) was built in 2003 and has a total built area of ​​approximately 1,798 sqm and a related land of 726 sqm, being arranged on the basement, ground floor and three floors, according to ESOP Consulting. This real estate consulting company provided real estate consulting services. The transaction was made this fall and was financed with European funds, the purchase price being over 3 million euros.

“Recently, the number of applications for offices for projects financed with European funds has increased, but this transaction is one of the largest so far. In such contracts, where European funds are accessed, several criteria must be cumulated to find the right solution. It is necessary that the office building be suitable for the needs of the buyer and meet the demands imposed by the European funding institution regarding quality and its price. In this case, we mention some of the reasons that mattered in making the purchase decision: the proximity of the Bucharest National Theater, the height of the rooms which is higher than the standard of office buildings and which will help the buyer’s activities and easy access for other potential partners. , companies and institutions that will benefit from UNATC services “, says Alexandru Petrescu, Managing Partner of ESOP Consulting at CORFAC International.

The office building bought by UNATC is located in the ultra-central area of ​​the Capital, at the University, on Tudor Arghezi Street, with excellent access to all types of means of transport. In the basement, there is an underground parking lot, with a capacity of eight cars. Outside a parking lot for eight other vehicles, an essential thing for the ultra-central area, the building also has other facilities, such as 24-hour security, data-voice cabling, Schindler lift, own central heating.

The future destination of the building

The building was purchased to serve as the headquarters of a new research project in the field of arts and cinematography, called “International Center for Research and Education in Innovative-Creative Technologies CINETic” following the winning by UNATC of a project competition held in the session August 2013 through the Sectoral Operational Program “Increasing Economic Competitiveness” – co-financed by the European Regional Development Fund “Investments for your future”.

The project is co-financed by the European Regional Development Fund, based on the financing contract concluded with the Ministry of National Education as Intermediate Body (IB), on behalf of the Ministry of European Funds as Managing Authority for the Sectoral Operational Program Economic Competitiveness” (POS CCE).

“The total value of the project is 39,546,495 lei, of which the non-reimbursable financial assistance is 35,000,000 lei. The project’s duration is 16 months. It aims to establish the International Center for Research and Education in Innovative Technologies – Creative CINETic. Within this research center in the area of ​​interdisciplinarity between art and technology, six laboratories will be established and equipped: Laboratory of Creative Digital Techniques in Cinematography, Laboratory of Digital Interaction Sound Light, Laboratory of Digital Animation, Laboratory of Virtual Decor Design and Augmented Reality, Digital Interaction Laboratory, Cognitive Development, and Applied Psychology Laboratory through Immersive Experiences.

The first stage of the project was completed by purchasing and arranging the building in Tudor Arghezi 3B Street, equipping the center with 10 intricate lines of scientific research equipment corresponding to 10 innovative technologies in the audiovisual field, including motion control systems and space immersive 3D cave-type projection on four screens such as motion capture and computer-generated 3D object technologies.

The total value of the investment in equipment for research and innovation is over 14,000,000 lei, the CINETic center being the first large center for technology-art interdisciplinarity in Romania, creating the premises for the development of research programs and creative excellence in the field of digital interaction, one one of the most dynamic sectors of the moment “, states drd. Alexandru Berceanu, UNATC deputy director and scientific manager of the project.

UNATC’s mission is to train specialists in performing arts and film, as well as in related fields (media, multimedia, artistic and cultural management, and marketing, creative pedagogy), at the undergraduate, master’s, and doctoral levels as a university of advanced research.