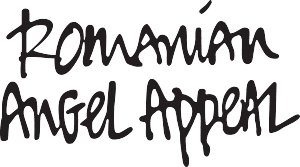 The end of May brings essential changes for the non-profit organization Romanian Angel Appeal, which will move its business center to a new villa, located in the Calea Calarasi area. ESOP, the agency that facilitated the finding of the new headquarters, managed to satisfy all the criteria stated by the future tenants within 2 months, presenting a quality space, well compartmentalized, and with a favorable quality-price ratio.

The building chosen by Romanian Angel Appeal has a height regime of B + GF + 1 + AT and an area of ​​480 sqm, which will be arranged according to the foundation’s needs. Modern finishes and facilities such as central heating, fiber optic internet, air conditioning units in each room, contribute to achieving a pleasant working atmosphere, a fact supported by the positioning of the villa in a quiet area. The solution found by ESOP for Romanian Angel Appeal offers easy access to several public transport channels, including the subway, which is only five minutes away.

“The superior surfaces and the exceptional functionality of the space were the main reasons why this villa was considered suitable; the new headquarters represents for the foundation the efficiency of its activity, which from now on is centralized in one place, no longer having two working points as in the past “, says Adrian Stefu, offices consulted within ESOP.

Romanian Angel Appeal is a non-governmental organization founded in Romania since 1991. It carries out a series of projects and actions aimed at supporting and improving the social, medical, and psychological situation of children and young people affected by HIV / AIDS.

As a confirmation of the involvement and exceptional contribution it had in improving the way of life of these disadvantaged groups, in 2003, Angel Angel Appeal received the status of a member of the National Commission for the surveillance, control, and prevention of HIV infection cases.