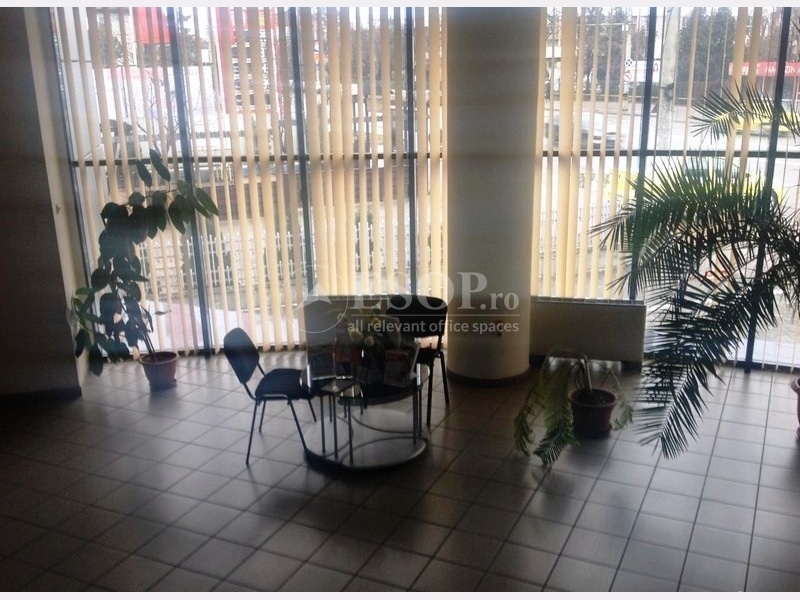 In the TOP OF CITIES, the first three places are occupied by Bucharest, Iasi, and Sibiu 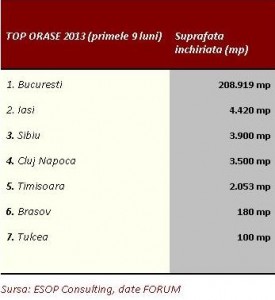 Timisoara holds the record for the number of transactions, 6 in total – two in the third quarter and four in the second quarter, in total they gathered only 2,053 sqm, which places Bega City on the fourth place in the top cities outside Bucharest and on the fifth place if we take into account the Capital.

“Iasi is the first in the top at nine months in 2013 because it is an important university center, but it is especially important because recently important office projects have been delivered here that have increased the surface of quality office spaces. But competition between cities continues. A client who intends to open a call center is currently looking for a 2,000 sq m office space in Cluj Napoca and Timisoara and will decide after analyzing the selection of offers in both cities and some criteria related to the labor market from the two cities”, declares Alexandru Petrescu, Managing Partner of ESOP Consulting | CORFAC International.

2013 is the best year for renting offices, the sum of spaces rented only in the first nine months of 2013 far exceeding last year’s area and the record of 2011 (according to the chart below). 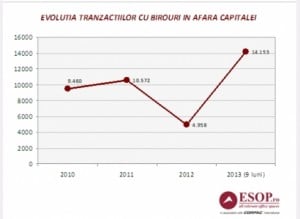 HISTORY OF OFFICE EXTENSIONS IN THE COUNTRY

One of the leading causes of this expansion outside Bucharest is the growing competition on the labor market, especially in the IT & Telecommunications segment. If before the crisis, companies preferred to have their headquarters or to operate almost exclusively in Bucharest, since 2010, the big cities have also started to be sought, especially for offices for IT companies or back office for consulting services.

In 2010, in Brasov, Cluj Napoca, Iasi, Ploiesti, and Timisoara, 9,460 sq m of spaces were rented. The largest space was leased in Cluj Napoca, an area of ​​4,000 square meters by ING Insurance, but most transactions were made in Timisoara. A star client was the Amazon company, which chose a headquarters in Iasi, where it rented 1,400 sqm.

In 2011, the total volume of transactions outside the Capital increased slightly from 2010 to 10,572 sqm. Notable customers in 2011 included Cargill, Volksbank, and Amera. 2012 was a less productive year for renting office space in the country, outside of Bucharest. In total, only 4,958 sq m were rented, the cities sought being Sibiu, Timisoara and Cluj Napoca.