New Apartments at the Price of PRIMA CASA! 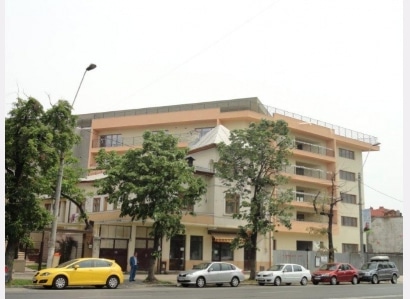 NEW CENTRAL APARTMENTS at the price of PRIMA CASA!

How far have the prices of new, central apartments gone? Until the PRIMA CASA, for a developer who has made a good business plan in times of crisis!

In the Plevnei area of ​​Bucharest, the competition between developers is high. Here three entrepreneurs have new apartments for sale at this moment. Two developers started the works during the real estate boom period, building very high buildings, with prices exceeding 120,000 euros.

The third ensemble, APARTAMENTE RADACINI, for which the exterior finishes were executed this month, is a project adapted to the market. The project is for the first time presented at a real estate fair, at TNI, between May 25-27.

“APARTAMENTE RADACINI is an ensemble tailored to the PRIMA CASA program, which meets all the requirements of buyers in this market segment: two rooms, with usable areas of 40-50 sqm (as revealed by the latest BCR study), in the central region, which it has all the urban infrastructure: next to a hypermarket, with bus stations at scale, very close to two large parks of the Capital (Opera Park and Cismigiu). If you need emergency medical care, there is a state hospital on one street corner (Witing) and a private medical center on the other. Not to mention the numerous kindergartens and state and private schools, existing in the immediate vicinity “, says Alexandru Petrescu, manager of the real estate consulting company ESOP Consulting.

Customers have the opportunity to buy one or two of the 70 parking spaces in the basement. The price of a parking space is 5,000 euros-6,000 euros, depending on the level (-1, -2, -3). This is how a young family, which buys a two-room apartment and a parking space, through the FIRST HOUSE program can fit within the budget imposed for new constructions (of 70,000 euros, for constructions started after February 2010). As facilities, apart from the parking spaces, the ensemble also has speakers and permanent security.