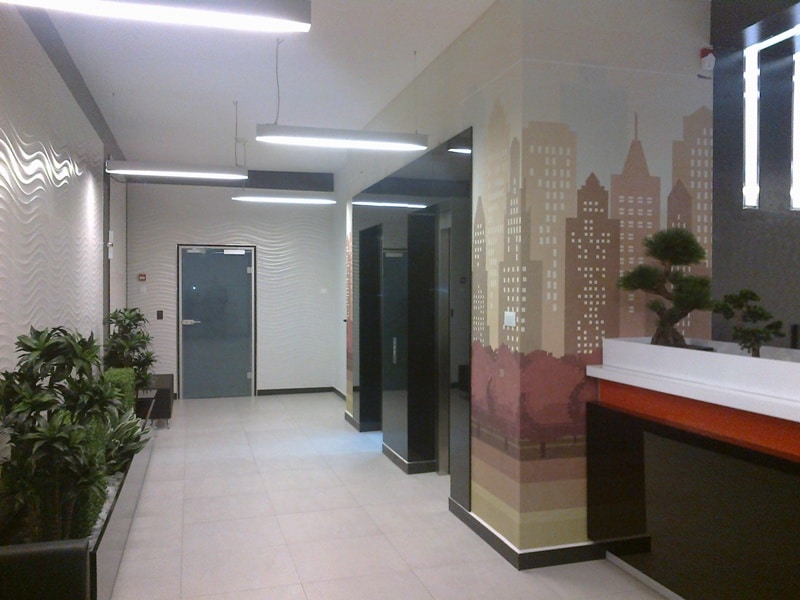 For the first time since 2008, since entering the real estate crisis, the average budgets increase in weight, and the budgets under 11 euro / sq m decrease slightly. In 2014, we estimate that the share of budgets of 11.1-15 euro/sqm/month will continue to increase, among the average companies, without having significant fluctuations from 2006-2011.

“In our experience, medium-sized companies, which have between 30 and 100 employees, allocate between 5 and 8% of turnover for rent, so that in the period 2008-2012 most of them had to adapt to new economic conditions and to adjust expenses. In 2013, in our company, however, we had several requests for relocation to better spaces, with a new image or a better location, with medium budgets, of over 11 euro/sqm/month, but up to 15 euro/sqm/month and we estimate that this middle segment will recover quickly in the next two years “, says Alexandru Petrescu, Managing Partner of ESOP Consulting | CORFAC International.

In fact, from 2006 to 2013, the demand segment with medium budgets, between 11.1 and 15 euro/sqm/month, registered a balanced evolution – with a share between 18 and 31%, compared to the other two segments, which rose and fell sharply respectively. 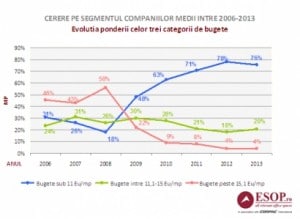 In 2013, business centers were preferred

In 2013, the requests of medium-sized companies monitored by ESOP Consulting went mainly to business centers, in a percentage of 64%, the remaining 36% looking for villas for offices.

Where are the most sought after office spaces

Most potential medium-sized tenants who showed their intention to relocate opted for office spaces located in the central areas of Bucharest: Victoriei Square, Aviatorilor, Dorobanti, Domenii, Unirii, Universitate, Cotroceni, Grozavesti, Aviatiei and preferred office buildings with quality spaces, with an average rent of 9-12 euro/sqm, parking spaces and close to the subway, says Alexandru Petrescu, from ESOP.