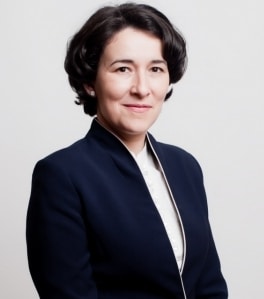 From January 2014, Mirela Raicu will hold the position of Manager of the Corporate Offices division within ESOP Consulting | CORFAC International, following to coordinate the trading activity of office spaces with surfaces between 1,000 and 20,000 sqm.

The development of the Corporate Offices division is foreseen in the business strategy in 2014 of ESOP Consulting, which has, in perspective, the company’s growth in two distinct directions: the SME division and the Corporate division.

“In 2013, we managed to increase the turnover by 35%, through the team of ESOP consultants trading over 40,000 sq m, says Alexandru Petrescu, Managing Partner of ESOP Consulting | CORFAC International. For 2014, we aim to accelerate the development of the two divisions – the SME division, where we are market leaders and the Corporate division, which will offer consulting services to clients who need office space with areas between 1,000 and 20,000 sqm. “Adds Alexandru Petrescu.

Mirela Raicu is a founding partner of ESOP Consulting and has been operating on the Romanian office market for 12 years, being one of the most experienced real estate brokers specialized in transactions with office space. Mirela Raicu has been involved throughout her career in important transactions that exceed the area of ​​85,000 sqm, among the companies to which she offered consulting in finding a new headquarters, including Cosmote, Enel, Ipsos, Teamnet, Mega Image, Konika Minolta, Mediplus, Agroalim Distribution, Yellow Pages, SBS Broadcasting, etc.

In addition to her involvement in consulting activities, Mirela Raicu has held management positions in the marketing and development department within ESOP.

“If the year 2013 was marked by the resumption of development plans by many companies in the field of IT & C, we believe that 2014, in addition to consolidating this trend, will bring business developments in other areas. We noticed that both multinational and local companies currently need personalized consulting services, extensive comparative analysis, and a broker able to build viable solutions for complex business scenarios. We are confident that the entrepreneurial way of working, innovative and oriented towards finding win-win solutions, which characterizes ESOP, will be an important asset in a growing market “, says Mirela Raicu, Manager of the Corporate Offices Division within ESOP Consulting l CORFAC International.

ESOP Consulting company has enjoyed the continuous increase in the number of transactions on the office space market even in the more challenging context of the last 4 years, registering in the period 2010-2013 an annual increase between 20 and 35%.