Rents of Class A and B Office Spaces in Bucharest 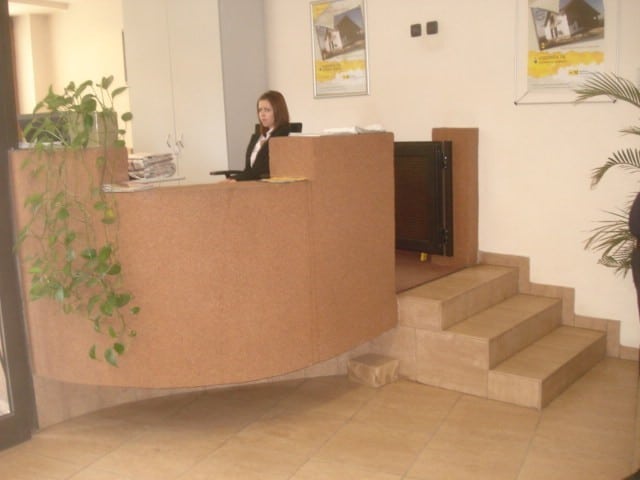 In Bucharest, the rents of class A and B office spaces in the western area are close to those in the center-north area. 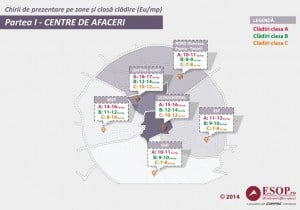 The primary properties (class A or B) in the center-north area registered slight decreases, by 0.5-1 euro/sqm/month, on the background of a significant volume of available spaces and those being delivered. At the opposite pole, the center-west area, where the options are notably limited at the moment, registered a slight revival of rents, up to 1 euro/sqm.

“In 2013, according to the latest market report of the ESOP company, rents remained at a relatively stable level, with slight adjustments, both in terms of decrease and increase, but in the margin of maximum plus / minus 10%. The adjustments were made according to certain specific factors, such as the quality of the space, the vacancy period, and the spaces available in similar neighboring buildings. In 2014, we forecast that there will be a stability of rents in most sub-markets in Bucharest and possible fluctuations (of 5-10%) will exist in specific situations, of areas or buildings with a high level of vacancy “, says Mirela Raicu, Manager Corporate Offices Division within ESOP Consulting l CORFAC International.

The proximity of the subway, the limited offer and the high share of tenants in the IT&C activity field were the main reasons that determined the rent increases in the center-west area of ​​Bucharest, at the beginning of 2014, the level of requested rents reaching 15-16 Euro/sqm.

The limited supply in the perimeter of the center-west area, as well as the fact that this area is preferred by IT & C companies (the most dynamic segment of office demand, which generated 37% of transactions with new offices in 2013), determined the lower vacancy rate for high-quality spaces (class A and B +), below 5%.

In the ultra-central area, the presentation rents decreased on average by 1-2 euro/sqm/month on the categories of spaces with class A and B, in the context in which in these areas there were no significant new project deliveries. Still, we are talking, especially of buildings delivered 5-8 years ago. Instead, the villas in the ultra-central perimeter remained at the same level as the beginning of last year.

A slight decrease in rents occurred in the center-north area, amid a substantial volume of office space available in the market or under construction.

The rents for the presentation of the business centers from Center-North (especially the Barbu Vacarescu – Calea Floreasca perimeter) registered slightly decreases compared to the previous year for the class A buildings, between 0.5-1 euro/sqm/month. Office space in the center-north area remains in first place in terms of rent levels, surpassing even the ultra-central ones. The area is also the most dynamic perimeter of the Capital, and the opening of the Promenada mall (at the end of 2013) increased the attractiveness and comfort for the employees of the (potentially) rented companies.

The eastern and southern areas registered a slight decrease in the level of rent for the presentation of upper-class spaces, from values ​​of 11-13 Euro/sqm, to 10-12 Euro/sqm, due to low demand.

2.Rents in villas are lower than those in business centers

Office spaces in villas maintained a relatively constant level of rent compared to the beginning of 2013, with small fluctuations in areas – they increased slightly in the West and decreased somewhat in the Center-North, East, and South, on the categories of premium villas. 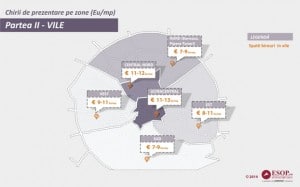 The villas are cheaper to rent than the business centers. Even the premium villas are rented at the price level of class B or even C business centers. In 2013, the heritage villas, with interwar architecture that reached rents of 10- 12 euro/sqm/month, following the negotiations, were the most sought after by companies, becoming the object of rental contracts in advantageous terms.

The full market report for 2013-2014 of ESOP Consulting can be found in the Market Studies section, here being reviewed and analyzed both the demand, divided by fields of activity and categories of transactions and the offer, detailed by areas and types of real estate.