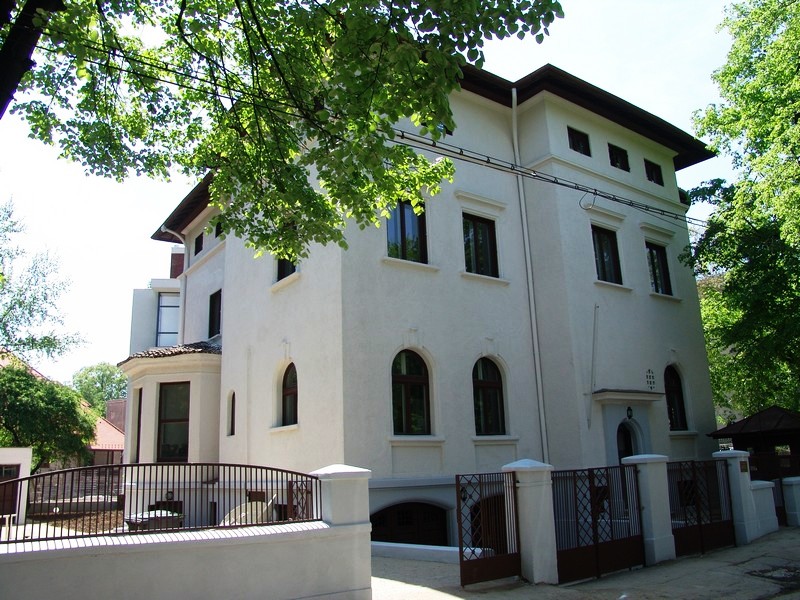 The office market revived in the first quarter of 2011

The first quarter of 2011 marked an upward pace in many respects in terms of trading in the office market. The real estate consulting company, ESOP, specialized in office solutions for medium and large companies, rented in the first 3 months of the year 4,901 sqm, a level almost double compared to the last 3 months of 2010. A series of other indicators based on transactions actually made by ESOP, such as the slight increase in the average trading rent, the number of completed relocations, indicates the beginning of a progressive return.

“From the first months, I felt a much more sustained pace in the office market. A higher number of eligible applications, i.e., companies interested in renting headquarters in realistic budget conditions. We also noticed a greater determination on the part of companies, perhaps in the context in which the reasons for relocations began to differ from the dominant ones in 2010: the demands determined by the expansion plans of the companies reappeared, and also in a to some extent and to improve the company’s image.” (Mirela Raicu, Partner within ESOP) 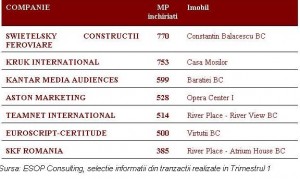 Also, the fact that some buildings, having spaces available in the market for a long time, were fully rented in the first 3 months, in a reasonably short time, is a signal of increasing interest in relocations in buildings with good quality /price. One such example is Casa Mosilor, an office building in which ESOP rented approx. 1,140 sqm, over 55% of the available area, to the companies KRUK International and Global Remote Services. In the Iacob Felix area, an office building had a similar evolution.

From the point of view of the quality (class) of the space, the level of the average trading rent in the ESOP portfolio was for Q1 of 16.47 Eu / sqm for the class A and B + buildings. If we consider the non-financial incentives included in the rental packages (such as free months of rent, certain existing internal partitions, etc.), the actual net rent is approx. 5% lower.

From the point of view of geographical positioning, in Q1, the transactions made in the center-west area (Cotroceni, Grozavesti, Virtutii, Plevnei) dominated, with a share of 55% in the total areas rented by ESOP, and in the central and ultra area. -central (University, Union, Mosilor), with a share of 39.68%.

Although some of the requests came from fields of activity that experienced certain stability or even expansion during the crisis (such as IT, debt recovery, call center), in the first quarter, relocated companies from construction, media, professional services.

“We will not witness spectacular developments, but it is important to see a systematic resumption of activity in the market. We need constant and progressive growth, not a very large volume. We noticed in the 1st quarter and is gratifying that some medium-sized companies are resuming their business plans, consolidation, or expansion. This is a good signal for our economy. These companies represent an important segment of the market.” (Mirela Raicu, ESOP Partner)

ESOP is a real estate consulting company that has been offering dedicated office rental services for over 9 years, from the stage of setting up a company until maturity. In 2007-2008 he was a co-exclusive broker in the SEMA PARC – Stage 1 project, renting over 15,000 sqm to multinational companies such as IPSOS Interactive Services, ENEL, SBS Broadcasting, Teamnet International (ASESoft group), Mysis Banking Systems.

“ESOP is currently promoting probably the most extensive property portfolio within a real estate company: over 575,000 sq m of office space, grouped in 403 office buildings and 350 villa spaces. We have managed to do this due to the constant concern to offer our customers access to the best solutions on the market, in the shortest time, through ESOP.” (Mirela Raicu, ESOP Partner)