The Office Market in the beginning of 2018

The large offer of office space that will be delivered in the period 2018-2019, will lead to the increase of rental transactions. The market will remain dynamic in 2018, and the completion of the 243,000 sq m (of which over 102,000 offset from 2017) will boost the pace of trading. Mature companies and a large part of young and dynamic companies will focus on new office projects, a trend characteristic of periods of economic expansion.

Given that approximately 38% of the spaces are already rented, some companies will prefer to secure contracts in the projects that will be delivered in 2019, where the pre-rental options are currently more numerous and more financially flexible (in the conditions in which only about 9% of the spaces are pre-rented), the window of opportunity that will be maintained only for a limited period of time.

Download the study The Office Market at the beginning of 2018

At the beginning of 2018, the office stock available for rent in Bucharest is 682.000 sqm, 84% of which located in business centers (A, B and C class) and 16% in villas or similar buildings.

Notes: In this volume of spaces available for rent are included only the buildings delivered/completed by the end of 2017. The data is extracted from the ESOP database, probably the most extensive offices portfolio of a real estate company in Bucharest.

THE AVAILABLE STOCK IN THE EXISTING BUILDINGS

Out of the stock of available space for rent, approx. 41% are in A / A- Class business centers (of which only 7% are prime locations, the rest in central and semi-central locations), 37% are B Class, respectively 22% C Class buildings.

DELIVERIES IN 2017 IN BUCHAREST

More than 77% of the projects delivered in 2017 were rented by the end of the year.

It should be noted that the volume of deliveries announced at the beginning of 2017 was approx. 246.000 sqm. From this estimate, 102.000 sqm offices were delayed for the first half of 2018 (of which 80% in 3 major projects), thus registering a double percentage of postponed projects, compared to the annual average rate (ranging between 15 to 20%).

DELIVERIES ESTIMATED FOR 2018-2019 IN BUCHAREST

However, as in previous years, some of these spaces may register certain delays in completion.

In 2019 the Central-North area will dominate the volume of deliveries, with approx. 75% of the spaces announced to be delivered (namely 203.126 sqm), given the delivery of the first projects in the Exhibition – Presei Libere Square area, amounting to approx. 80.000 sqm.

The stock of office spaces available in villas in the ESOP portfolio at the beginning of 2018 is of approx. 112.000 sqm.

More than 33% of these spaces are located in buildings in the North-Central area, and approx. 23% of them in the Ultracentral area.

In the past 3 years, the demand for space in villas has declined progressively, with companies – often even the start-ups – preferring the business centers.

Notes: The information within this chapter is based on the data collected within The  Research FORUM of the main commercial real estate companies in Romania, of which ESOP is part.

Of the total transactions, the Renewal/Renegotiations represented only approx. 26% (79.000 sqm), while 74%, namely 229.000 sqm were represented by the (Pre) Lease and Expansion transactions.

(PRE) LEASES AND EXPANSIONS, BY AREA

Nearly 60% of total Pre-Lease and Expansion transactions were made in the Central-North area, amounting to 135.000 sqm. The second place is taken by in the Central-West area, with over 49.000 sqm, representing about 22%, the area being in full ascension in the context of important deliveries of new projects in 2017 and in the near future.

The lowest activity level (0,55%) was registered in the Central-Eastern area, which is a significantly less developed perimeter on the office market.

(PRE) LEASES AND EXPANSIONS, BY INDUSTRY

In 2017, the office market engine continues to remain the IT&C, BPO & SSC  segment, accounting for 51% of the transactions.

The next major segment was Finance, Banking, Insurance with a share of 16%, while areas such as Construction & Real Estate, FMCG, or Media & Marketing had proportions between 3 and 5%.

(PRE) LEASES AND EXPANSIONS, BY SURFACES

RENT LEVELS IN BUSINESS CENTERS BEGINNING OF 2018. Rents in office buildings have remained relatively stable over the last 12 months, prospects that remain also for the year 2018. An assessment of rent levels is outlined below, considering the business centers with available spaces for lease or pre-lease, by areas and classes. We notice extensive margins in most office areas for the same class of property, the differences resulting mainly from the proximity of the subway station of each building and its positioning /visibility.

HEADLINE versus NET EFFECTIVE. It is maintained further the Landlord’s policy of providing incentives – like rent-free period and fit-out contribution. The difference between headline and net effective rents varies between 10-18%, depending on the area and the moment of contracting the space. Such incentives significantly influence the tenants’ relocation decision.

For villas, whose demand is on a downward trend, rents vary widely, depending on the location and quality standard. The highest rents are found in patrimony villas, those renovated to a high standard reaching levels between 18-25 Euros/sqm. It is a delicate segment because both supply and demand are limited.

The rent level for more than half of the villas is between 8 – 14 Euros/sqm, usually these are new or renovated buildings in relative central areas. Non-renovated or peripheral areas usually have rents below 8 Euros/sqm.

The enriched offer in 2018 and 2019 will lead to increased transactions. The market will remain dynamic in 2018, and the completion of 243.000 square meters of office spaces (of which more than 102,000 postponed from 2017) will boost the volume of the rental. The mature companies and a large part of the young and dynamic companies in the market will focus especially on the new office projects, a trend characteristic of the economic expansion periods.

Considering that 38% of the 2018 deliveries are already leased, some of the companies will prefer to secure contracts in the projects to be delivered in the following year. With a pre-lease level of only 9% at the beginning of 2018, 2019 offers numerous pre-lease alternatives that are more financially flexible, an opportunity window that will only be maintained for a limited time.

The IT&C, BPO and SSC  segment are further on top of the office market. Overall, the Bucharest office market has confirmed through the past 5 years track record (Pre) Rentals and Extensions levels ranging from 180.000 to 230.000 sqm/year. We estimate that in 2018 these transactions will be able to register a 25-30% increase compared to 228.600 sqm in 2017, if the labor market is not blocked, and if the IT&C, BPO and SSC does not slow down its growth rate in Bucharest.

Bucharest gets placed on a more organic development matrix. Business areas consolidating or opening: Politehnica – Orhideea (in Central-West), Timpuri Noi (Central-South) and from 2018, Expozitie-Presei Libere Square (Central-North). The Central-West area, with a stock of A-Class spaces estimated to exceed 400.000 sqm by the end of 2019, of which over 60% of properties delivered after 2017, is certainly the second largest business area, after the Central-North perimeter.

In 2017, the Timpuri Noi Square project successfully opened a new office area in the South-Central area of the capital. Companies that choose Timpuri Noi Square – Phases I and II, or those evaluating the third phase that will be delivered in Q1 2019, appreciate, besides the high standard of the construction, the employees enhanced accessibility from the classical residential areas (the west – southeast ring) and last but not least, proximity to the city center.

The North-Central Area develops with a new business district, the Expozitiei – Presei Libere pole, starting in 2019, when over 80.000 sqm are announced for delivery. We think this new supply will put pressure on the offices lower in quality from the north area, or on those from the Pipera area ( having good quality, yet more difficult access).

Bucharest Office Market Update in the Beginning of 2023 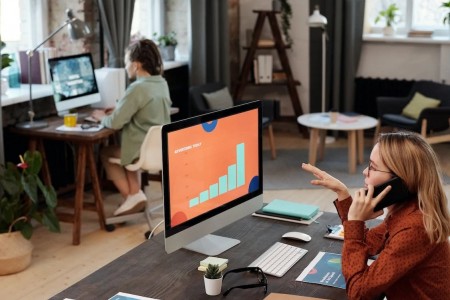 Bucharest Office Market Update in the Beginning of 2023

Which Office Buildings Will Be Delivered in Bucharest in 2023