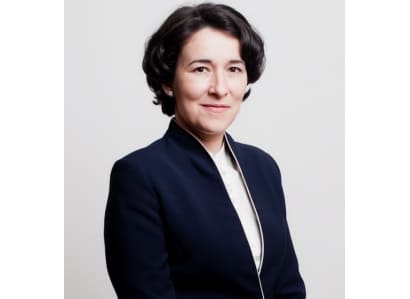 One year after its establishment as a separate structure within the Office Department, ESOP Corporate, the consulting division for corporate clients, announces the conclusion of 7 office transactions of over 1,000 sqm, totaling approximately 14,000 sqm (out of a total of over 70 transactions made at the company level, cumulating about 40,000 sqm).

“The existence of a division dedicated to Corporate services has allowed us a better focus on this segment and a 150% increase in the volume of large transactions, compared to the previous year. ESOP’s experience as an entrepreneurial company has also helped us find viable office solutions for prominent companies and also identify representative tenants for large office projects in the market “, says Mirela Raicu, Manager of the Corporate Offices Division within ESOP Consulting l CORFAC International.

Among the companies that relocated their headquarters in 2014 through the Corporate Division of ESOP were:

Also, through the Corporate ESOP Division, the transaction of acquisition of a new headquarters by the National University of Theater and Cinematography “I.L. Caragiale” (UNATC), headquarters purchased for the institution’s own needs. The transaction – having as object an office building with an area of ​​2,200 sq m, located in the University area in Bucharest – had a value of over 3,000,000 euros. 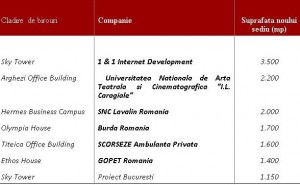 At the market level, the relocation transactions with areas of over 1,000 sqm, concluded by the leading 7 brokers from the Forum of real estate consulting companies, amounted to 58 deals, totaling approximately 125,000 sqm.

“The year 2014 marked positive developments for a series of relevant indicators at the office market level. Thus, the average area of relocation transactions increased by 33% (from an average of 881 sq m in 2013 to 1,172 sq m in 2014). Also, the volume of relocation transactions involving surfaces of over 1,000 square meters registered an increase of 36% compared to last year. We are confident that these favorable developments will continue during 2015, as many large companies are already in the process of analyzing the optimization of their headquarters and business expansion “, says Mirela Raicu, from ESOP Consulting | CORFAC International.