Change in S1 2014: Large Transactions of over 3,000 Sqm dominated the Relocation Market 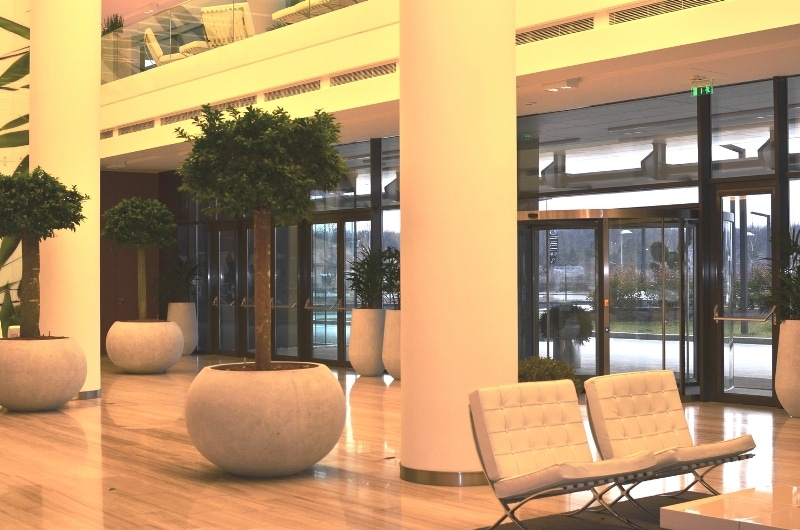 In the first half of 2014, the office space rental market experienced a radical change in structure, compared to the same period last year, with the largest share going to transactions with spaces of over 3,000 square meters, with 44% of the total, a share more than double last year – when it was 21%. In other words, in H1 2014, the large transactions segment took a wider slice of pizza, from an even bigger pizza than in 2013 – the total market being in turn growing by 27%.

“The office rental market keeps in S1 2014 the dynamism observed in the last two years, which supports our opinion that the confidence of managers in the Romanian economy is on an upward trend. We hope that the second half of 2014 will be just as active and both large and medium-sized companies will accelerate the relocation process to better quality offices, “because the market offers competitive solutions at this time,” says Alexandru Petrescu, Managing Partner at ESOP Consulting / Corfac International.

Last year, the first half was dominated by relocation transactions with spaces of up to 1,000 square meters, occupying a share of 40% of the total market (according to the chart below). 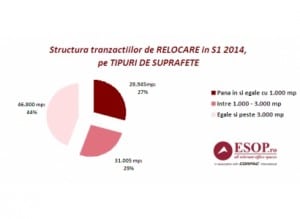 II. The office market in Bucharest grew by 27% compared to last year

In total, in S1 2014 the market for transactions with office space amounted to a total volume of 132,009 sq m, increasing by 27% compared to H1 2013. It is the second consecutive year in which the office market in the Capital grows in the first half, this being a sign that the whole year will prove to be better than the previous one, in terms of office transactions.

III. Positive changes in the general structure of the office market in S1 2014

The stars were the pre-lease and expansion of office space transactions, which registered notable increases compared to the same period of previous years, they also represent a positive sign for the future of this market – according to the chart above.